Wondering about how to use Motion Composer? Here are some tutorials to get started. These tutorials will help you start building basic assembly lines and process sequences.

In this tutorial, we will show how to set up virtual characters and use Scenario Graph to set up a simulation. Users will be able to learn how to place a character into the world and specify a task for that character to perform.

Performing assembly task requires inventory items like drills and scanning guns. Users will learn how to use these inventory items and how to properly place them in workstations to be used by workers.

Next, we will show how to set up assemblies and how to manage hand placement on objects, where it is possible to choose between using one or both hands.

It is worth noting that inventory items can be created by one team member and be used by the rest of the team.

Tutorial 04: How to use cranes

This kind of simulation helps with visualizing spacing and timings for your assembly line.

In this tutorial we will show how to use workstation triggers to get a handle to objects on which assemblies can be performed. We will also introduce using performing tasks on moving conveyors. 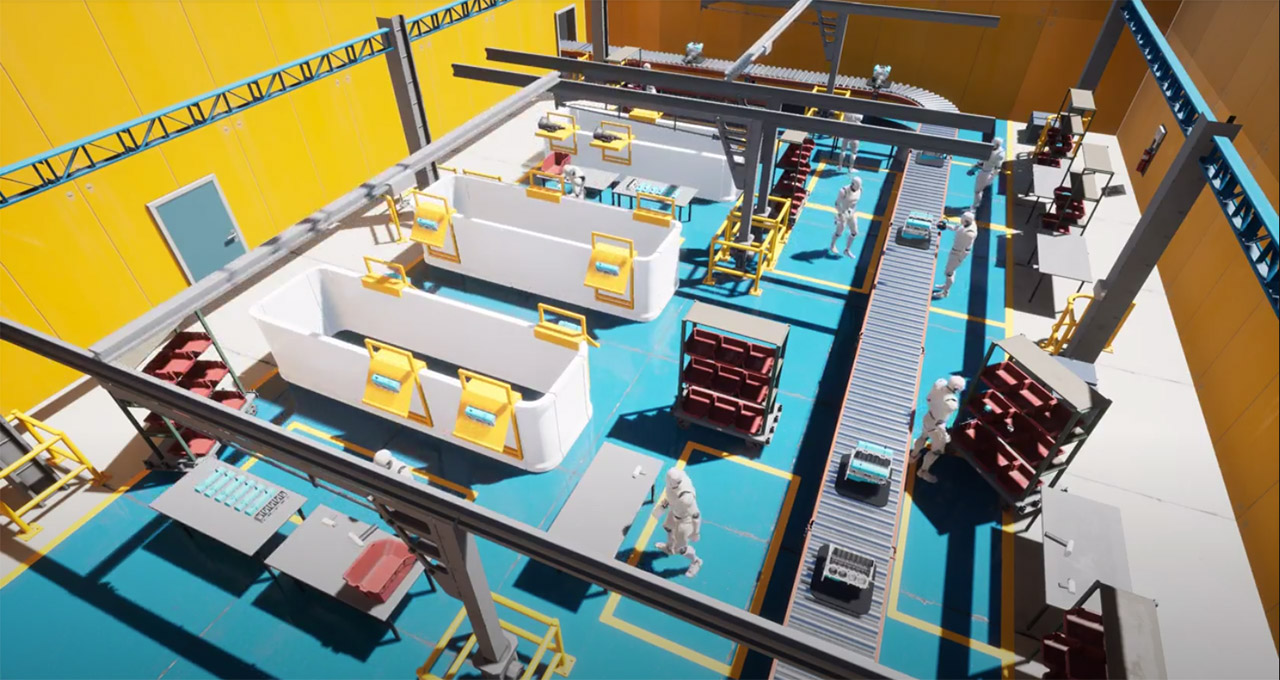 Easy to follow tutorials to learn how to use Motion Composer

Thank you! Your submission has been received!
Oops! Something went wrong while submitting the form